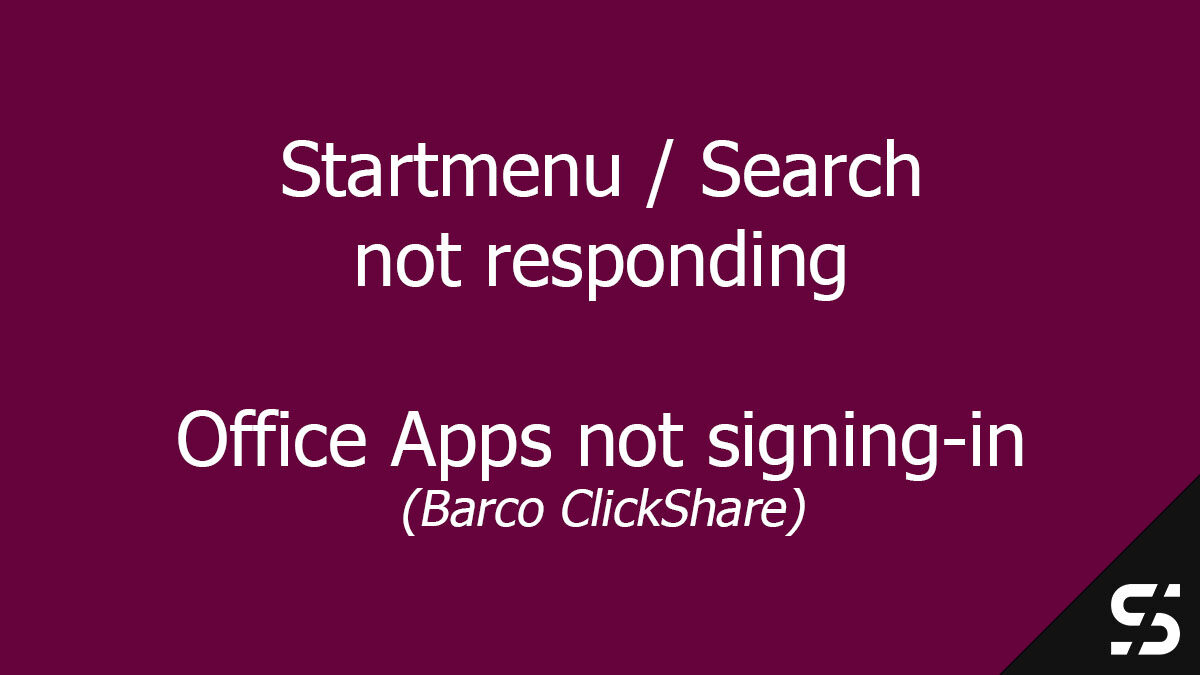 Is your Windows start menu not responding?
Since the beginning of the week we have also had many messages from start menus that do not work and users who can no longer log into the Office applications.
The problem is due to an update of ClickShare, which uses the Outlook API for calendar integration.

The problem started last year and was fixed by Rudy Ooms well documented: Start menu not responding | Broken Store Apps | 0xc000027b (call4cloud.nl)
He also continued to add to the solution to the problem and worked through the cause.
In some support cases, not everything worked, which is why I put together a video tutorial and four PowerShell scripts that have to be executed in the user and admin context.